What treatments do we offer?

Find out more about our online treatment "Netcoaching" or about our treatment in Graz, the "Eating School": 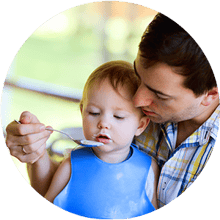 Depending on the complexity of the situation and eating problem, we will recommend either telemedical or outpatient treatment. Take this test to see if your child might have an eating disorder.

What parents say about NoTube

Some stories from more than 3,000 children who have learned to eat without feeding tubes at NoTube. 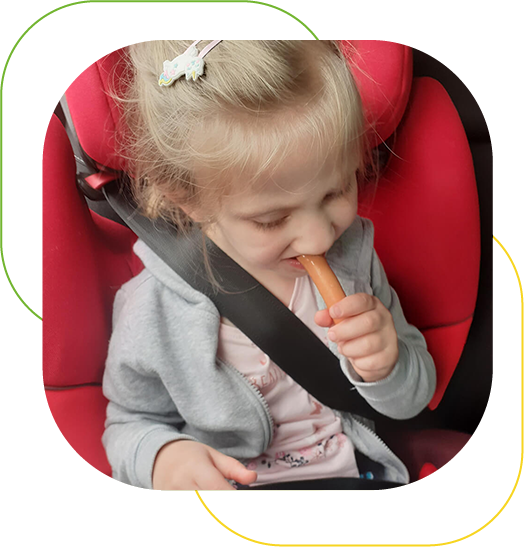 From the time she was born, Tereza received all of her nutritional needs via a feeding tube (first a nasogastric and then a PEG tube). She was born with a genetic disorder and a cleft pallet. As a result of the length of time she was tube fed, Tereza developed tube dependency, presenting with food refusal, persistent vomiting, and lack of appetite. Accompanied by her sister and her parents, she participated in an Eating School for tube weaning at the age of five. Tereza made excellent progress at the Eating School and was completely weaned from her PEG tube during the telemedical follow-up care. Today, yoghurt and various purees are her favourite foods to eat. 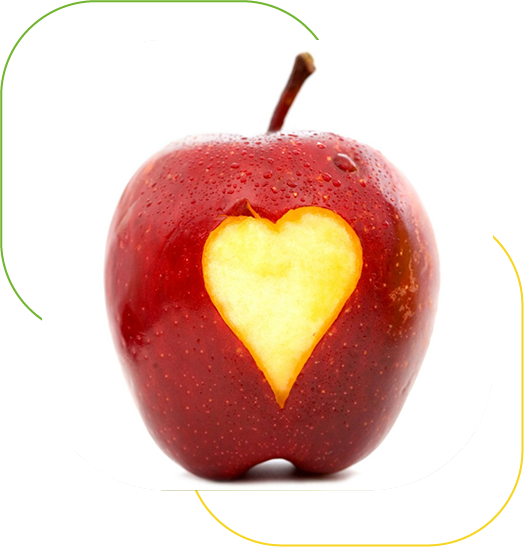 Moritz came into the world a little bit early and was born with a genetic syndrome. Because of his oesophageal atresia, he could not eat orally and had to be fed via a feeding tube directly after birth. His nasogastric tube was replaced with a PEG-button when he was nearly a year old. Although his highly complex medical situation was eventually well stabilized, he did not make the transition to oral nutrition. In 2019, his parents decided to participate in the Netcoaching program. 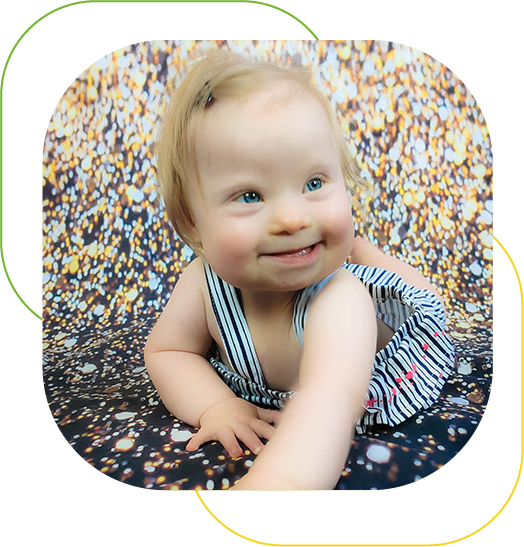 Edda came into the world with Down Syndrome and a heart defect. Because of the complexity of her medical situation, she was fed via a nasogastric tube right since her birth. Before starting Netcoaching, she would only accept small amounts of purées. She began to increase her oral intake almost immediately after beginning the program, and a few weeks later, she was fully weaned from her feeding tube! Edda made significant gains in her motor development as well. Since the beginning of July 2020, Edda has been receiving all of her nutrition orally, and she has gained weight. Eating and drinking are a source of great pleasure for her. 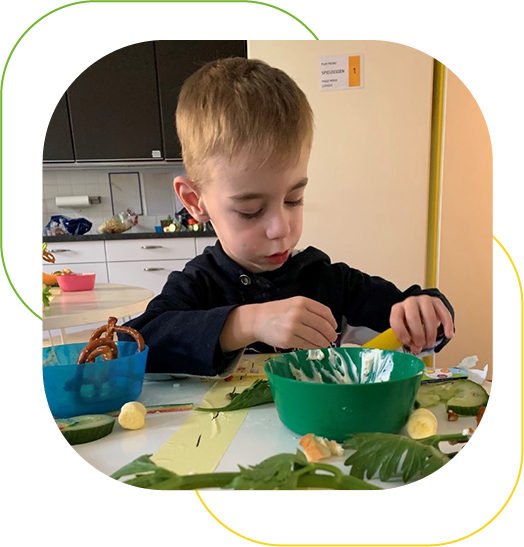 Samuel was born in the 28th week of pregnancy with a low birth weight. Because of his prematurity, he was fed for several weeks via a nasogastric feeding tube, from which he was successfully weaned. Unfortunately, he would only accept liquid nutrition and did not make the transition to purees or solid foods. His parents consulted NoTube when he was 4.5 years old, and Samuel and his parents participated in the Learn to Eat program and attended an Eating School. Samuel made great progress. Months after the therapy, Samuel is eating everything. He no longer vomits, and now his family enjoys their meals together. 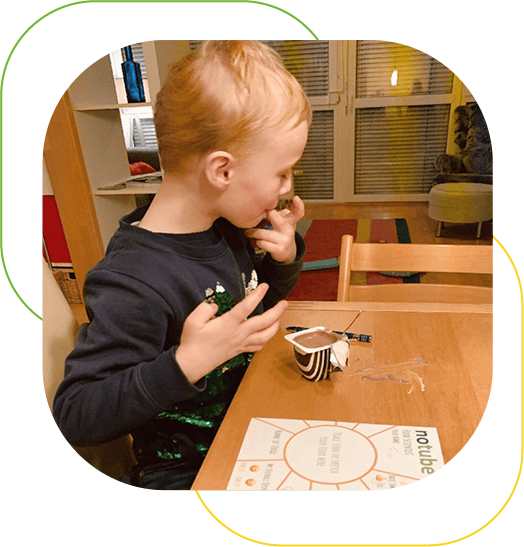 Hugo lives with his family in Germany. He is a “picky eater” and, prior to treatment, ate fewer than 5 different foods. Hugo had already undergone several therapies in his country before coming to NoTube. In August of 2020, when he was 5 years old, Hugo and his entire family participated in an Eating School in Graz. While there, Hugo learned to try new foods and to overcome his fears. 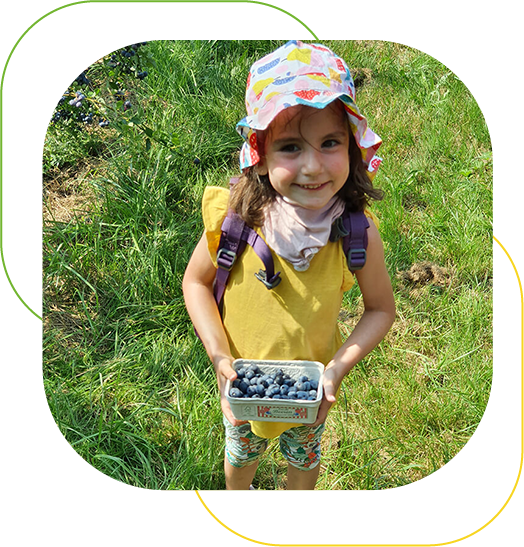 Muna entered the world a few weeks early. Because of a tumour at the base of her tongue and a trachea tube, which complicated her intake of food, she was tube fed from the time she was born. At the beginning of Netcoaching, she was receiving nearly all of her nutrition via a PEG tube. Right from the start, Muna made good progress and received food via her tube for the last time. A few weeks later, she was even receiving all of her fluids orally. Since the beginning of May 2020, Muna has been able to sustain herself fully orally and has made significant progress in speech, motor development, and independence. Her enjoyment in eating and drinking is palpable.