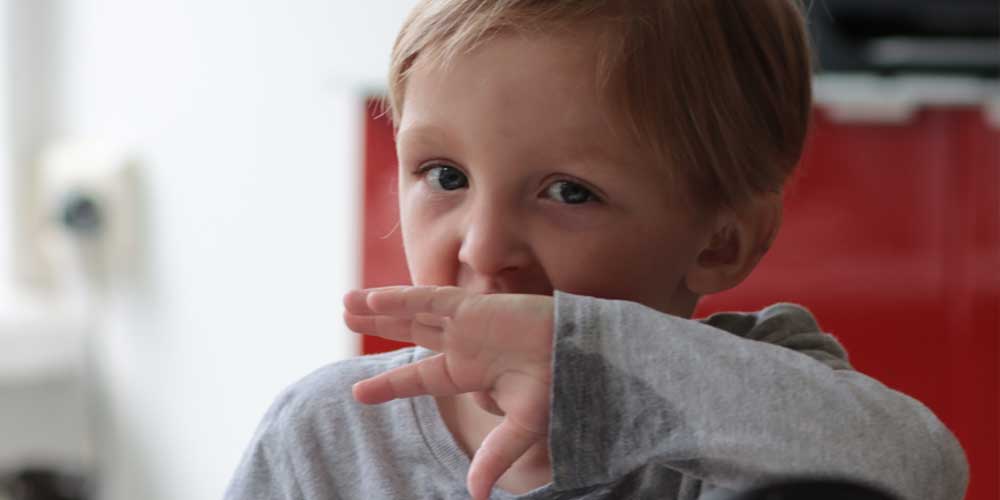 No parent is a stranger to them – those phases in a child’s life when they are just plain difficult (eaters). For days, it’s all plain noodles all the time, the cold cuts can only be eaten minus the bread, and anything green meets with sheer refusal. These represent normal periodic behaviors in a child’s development and, in most cases, disappear as suddenly as they began.

But, what about children whose food repertoire becomes limited to fewer than five options and who, after weeks or even months, can’t allow for even the smallest alterations?

These children often display inordinate disgust toward anything unknown. Some may gag at the mere sight of their parents’ and siblings’ food while sitting at the table. Many children may refuse to even touch foods of a particular consistency. Behaviors such as these are often referred to as “highly selective eating” or “picky eating.” It is a feeding and eating disorder that more boys than girls tend to develop and that can be seen in healthy, typically developing children as well as children who were born prematurely or children who fall on the Autism Spectrum.

The situation can become particularly difficult when a child’s chosen diet becomes severely limited (for instance, only a particular type of chocolate pudding, only a certain brand of potato chips, only fluids, only foods of a single color group,…) to the point where it is impacting their health, growth, or social interactions. Under these circumstances, it can lead to poor nutrition, malnutrition, and under- or overweight issues.

Attending school, where the foods they are willing to accept may not be available, can pose extreme difficulties for these children. Other activities, such as taking vacations and participating in summer camps, become nearly impossible. The highly selective eating puts a burden on the entire family. Even if caregivers are able to shop and cook specifically for that child, having the child join the family at the dinner table may be completely impracticable. Other children in the family may have a hard time understanding why their sibling receives such special treatment.

All facets of a child’s development can be affected, particularly in children who tolerate only purees or fluids. In these cases, oral motor development is often delayed due to insufficient use of oral muscles and training of chewing skills. This can further result in the development of speech language delays.

Parents and children may experience a lot of pressure from their environment as others may believe, “it is not possible that your child eats differently.” Lack of understanding and advice such as “they’ll eat sooner or later,” or “no child starves in front of a full bowl,” can lead to further social isolation of the family and feelings of guilt in parents.

It is important to understand that highly selective eating is an eating disorder that must be taken seriously. In order to intervene successfully in these cases, it is essential for the whole family to receive support and specialized care from an experienced, interdisciplinary team.

At NoTube, both our two-week, on-campus Eating School and our internet-based Learn To Eat Program are set up to provide highly selective eaters and their families with support to help them achieve developmentally appropriate eating behaviors, step-by-step and at their own pace.